Sujata Dynamix and Bosch TrueMixx are two of the top-selling mixer grinders in the market. While the former has a 900-watt motor, the latter comes with a 1000 watt motor.

It is no wonder that users are quite confused about which one to choose.

After running quite a number of tests comparing the features and performance, we bring to you an in-depth comparison of these two options.

We have tried grinding a variety of ingredients and Sujata ground in a finer consistency with lesser coarse residue.

Garam masala was an exception as both mixer grinders had almost similar results when ground using the regular blades in the medium jar. But, with the pounding blade that Bosch offers, you get a lot of coarse residues and there was no noticeable upper hand in terms of flavour and fragrance.

With turmeric, however, the results are quite different. Sujata Dynamix was able to grind into a fine consistency leaving hardly a few pinches of coarse residue. Bosch Truemixx on the other hand left a lot of turmeric chunks that it failed to grind. This is probably because there is a significant gap between the blade and bottom surface of Bosch Truemixx. So, the turmeric pieces that stayed in that gap weren’t ground properly.

Sujata on the other hand hardly has any gap between the blades and the bottom surface. So ingredients get thoroughly ground.

Even while grinding ginger-garlic paste or making dry fruit milkshake, we found the same pattern. Sujata ground in a fine consistency. But Bosch had a few unground chunks.

You may also like: Best Mixer Grinders In India

Though the designs are different, the capacity of both Sujata Dynamix and Bosch Truemixx are almost the same. Sujata doesn’t come with a juicer jar. But you can buy it separately.

Bosch TrueMixx 1000 Watt Mixer Grinder comes with a juicer jar. They also sell a model without a juicer jar at a lesser price.

All jars of Bosch Truemixx have lid locks and they are leak-proof. Only the wet grinding jar from Sujata has lid locks. The other two jar lids are kept in place using gaskets.

When it comes to cleaning, Sujata’s jars are easier to clean. Bosch Truemixx lids have a lot of curves and it is difficult to scrape dry ingredients from them too.

Though lids of Bosch TrueMixx have an opening at the top to pour in water or other ingredients, it tends to vibrate and move as it doesn’t have any lock.

Bosch makes a lot more noise than Sujata. Though Bosch has vacuum suction feet, it still tends to vibrate a lot more than Sujata while grinding in the large wet grinding jar.

Bosch TrueMixx has jars with lid locks and the base has vacuum suction feet and an overload protection switch that switches itself off when the motor is overloaded.

Unfortunately, Sujata Dynamix doesn’t have either of these options. It doesn’t have an overload protection switch or vacuum suction feet. Even so, in our 8 years experience using Sujata, its motor has never had any problem due to overload.

The maximum run time of Bosch is just 30 minutes, while Sujata can be run for up to 90 minutes.

Bosch has a premium look compared to Sujata which has a much plainer look. But in terms of quality, strength and durability, they both seem to be at par.

When you compare the power, durability and grinding performance, without a doubt, Sujata Dynamix fares better. Bosch looks better and facilitates hands-free grinding. But, when it comes to fine grinding, Sujata has an edge. 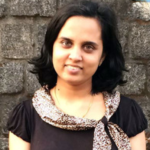